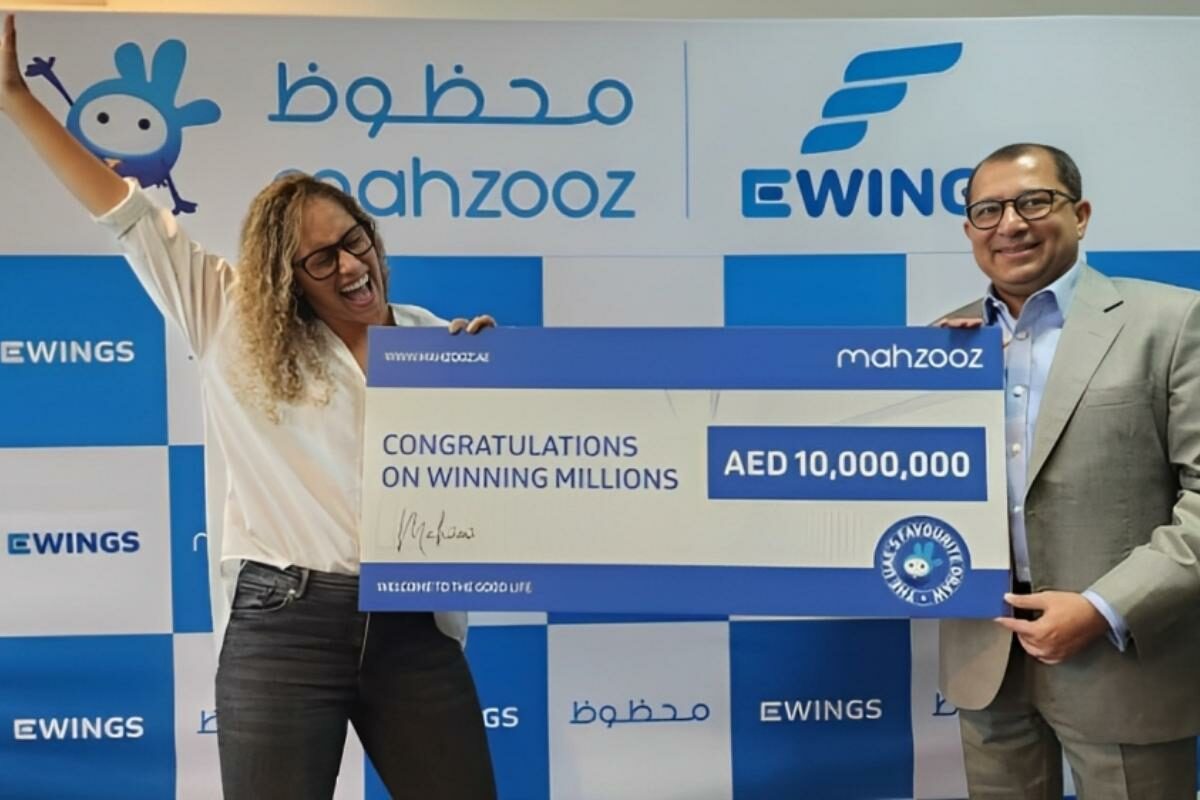 Lottery won for the second time; The young woman hit the Mahzooz lottery in Dubai and won crores

Dubai: Great luck came to a British young woman who came to Dubai to look for a job to improve her life.  They had not played lotteries much before.  But in a short period of time, their lives have changed.  They took the leading lottery in Dubai.  But the young British hairdresser did not think that she would be lucky so soon in her life.

The young woman who came to Dubai to take her life to another level, is now blessed by the city itself.  The woman says that she did not think that she would get crores from the lottery to turn her life around.

A 42-year-old British woman named Inker is winning the lottery for the second time in her life.  The young woman did not think that this would make her a millionaire.  Inker won more than two million euros through the lottery.  This amount was over 17 crore 52 lakhs.  If they work in a beauty salon, they get about two lakh rupees a month.  At the same time, it is reported that the young woman will start working as a housewife.

Inker is planning to open a new hair salon in his life.  But this was only a dream.  Their lives were normal until Mahzooz won the lottery.  Mahzooz is one of the biggest lotteries in Dubai.  Mahzooz means good fortune in Arabic.  Inkar, a mother of one, settled in Dubai for living expenses.  The young woman says that now all her dreams will come true.

Inker revealed that he is interested in opening his own hair salon with a friend.  It is his dream.  The woman said that she will use this money for her family’s financial security and her son’s future. But that desire was abandoned due to the cost of living.  School expenses are extremely expensive.  Inker says it’s too much to bear.

Meanwhile, we can now reconsider all previously postponed plans.  The woman said that she can start thinking about having a second child.  Inkar has received around Rs 17 crore from the tickets drawn by Mahzooz Lottery on Saturday.  The woman says that she is buying the Mahzooz lottery only for the second time in her life.  The numbers awarded to the young woman are 22, 23, 25, 27 and 34.  Inker said that these numbers were chosen without much thought.

Inker is the 31st person to become a millionaire in the Mahzooz lottery.  At the same time, these are the first women.  At the same time, there was a rare lottery winner in the US the other day.  He had accidentally used a lot of money in the vending machine.  He got the ticket from here.  He has been gifted lakhs from that.  The prize was won by Carlos Medina from the state of Maryland in the US.

Medina has received Rs 41 lakh 36000 as a gift.  He was only an employee in the auto business sector.  Medina decided to buy only $20 tickets.  But he had to buy $40 tickets.  He had to buy so many tickets after pressing the wrong number button in the vending machine.  One of these tickets brought him a fortune of lakhs.

Medina received the amount by reaching the Lottery Winners Circle in Baltimore.  Medina bought the ticket during a visit to Royal Farms in Laurel.  Medina had originally come here to buy food.  After charging his vehicle, he decided to buy Powerball tickets.  The draw was on December 10.  But Medina got a bill for a forty dollar ticket.  But he had lost forty dollars from the account.

A Passionated & SEO Based Experienced Techncal & Blog Content Creator and Review Writer from Tirur , Kerala.
Previous AED 599 is enough… special package for Indians; UAE Visit Visa Renewal Packages
Next Money will accumulate in the hand; 2023 is a lucky year, important decision is coming in UAE