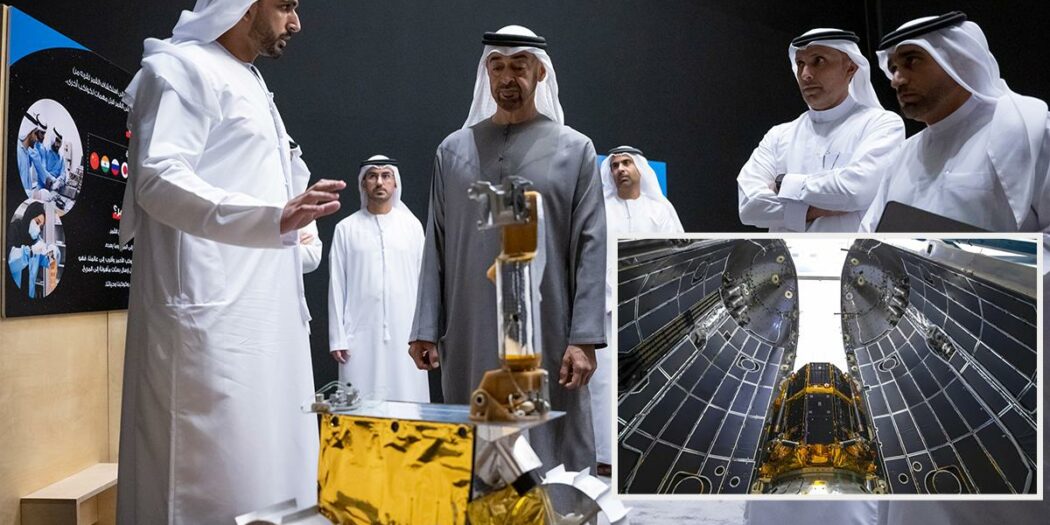 Dubai: The UAE’s historic rise is set to suffer another setback.  All the preparations for the first lunar mission were completed but at the last moment there were some technical problems and the mission was postponed.  This is not the first time that the UAE has changed its lunar mission.

UAE is the first Arab country to prepare for a lunar mission.  The recent success of the Mars mission has excited the UAE science world. A specially equipped rocket carrying the Rashid rover built by UAE scientists will take off on Thursday.

It was decided to launch the rocket at 12.37 pm on Wednesday. The mission was postponed at the last minute after a technical glitch was noticed. The new decision is to launch at 12.37 pm on Thursday. This is the third time the mission has been postponed.  22nd and 28th of this month were decided earlier but changed.  Then it was scheduled on the 30th.

The SpaceX Falcon 9 rocket will take off with the Rashid rover.  Apart from some technical reasons, reports suggest that the change in weather has also caused the launch to change. The Rashid rover will explore the northern part of the Moon.  If the mission succeeds, the UAE will become the fourth country in the world to achieve this feat.

Countries such as America, Russia, China and India have successfully landed missions to the moon so far.  The UAE is conducting a lunar mission with the help of Japan. The rocket is ready at the Kennedy Launch Center in Florida.  This is Japan’s first private launch mission. All facilities have been prepared to monitor the mission at the UAE Science Center in Florida and Dubai.

The Rashid rover will land on the moon five months after launch.  The rover mission will begin in April 2023, says Salim Almari, director of the Mohammed bin Rashid Center. The European Space Agency has assured the UAE of all possible assistance in communicating with the Rashid rover.

The 10 kg Rashid rover is indigenously developed by UAE scientists. An 11-member scientific team has been working as part of this mission since 2017.  The rover will spend 14 Earth days on the Moon. Study lunar soil, day, and dust

A Passionated & SEO Based Experienced Techncal & Blog Content Creator and Review Writer from Tirur , Kerala.
Previous Non-residents get lakhs if they buy a bottle of water! And you need luck
Next National Day; UAE frees 1530 prisoners