Dubai: The United States was surprised by the new move of the UAE. UAE President Sheikh Mohammed bin Zayed Al Nahyan to visit Russia. He will reach Russia on Tuesday and hold talks with President Vladimir Putin. War in Ukraine and oil and gas issues will be discussed, Warm news agency reported.

It is worth mentioning that the new move of the UAE, which is also an American ally, is still in place while the US’s suggestion is not to get close to Russia.  Reports suggest that the policy shift in the Gulf region is giving some important clues.  Here are the details…

OPEC countries and oil-producing countries led by Russia have decided to cut oil production. Countries including Saudi Arabia, UAE, and Kuwait are the main members of OPEC. OPEC has taken the opposite decision when the United States is constantly asking for an increase in production.

After OPEC’s decision, the United States intensified the pressure. President Joe Biden has proposed to bring more oil to the market from the stockpiles held by the United States. If OPEC cuts oil production, prices will rise in the US. This is a big challenge for Biden in the United States, where mid-term elections are about to be held.

UAE President Sheikh Mohammed’s visit to Russia is also a part of this.  The visit of the UAE President to a country that has been declared sanctioned by the United States.  But Russia, like the United States, is a key ally of the Gulf states.  The position of Saudi and UAE is that there is no alliance with Russia.

From the first of next month, the production of oil is going to be reduced by 20 lakh barrels per day.  This is the first time that such a large reduction has been announced since 2020.  The war in Ukraine is also expected to be a topic during the discussion of the UAE president.  The Russian army has been intensifying its offensive in Ukraine since the last day.

UAE Energy Minister Suhail Al Masroui responded that there is no political motive behind OPEC countries deciding to cut oil production. He says the decision is only technical.  Meanwhile, the United States is trying to prevent production cuts. As part of this, perhaps some pressure tactics against the UAE and Saudi are likely.

If OPEC countries cut production, prices will rise. This will be a huge blow to America. Mid-term elections are going to be held in the United States next month. Joe Biden’s Democrats are expected to lose control of Congress. This, in turn, would be a huge political setback for Biden. But the message of the UAE President’s visit to Moscow is that he is not ready for any move to keep Russia away. 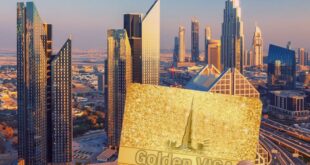