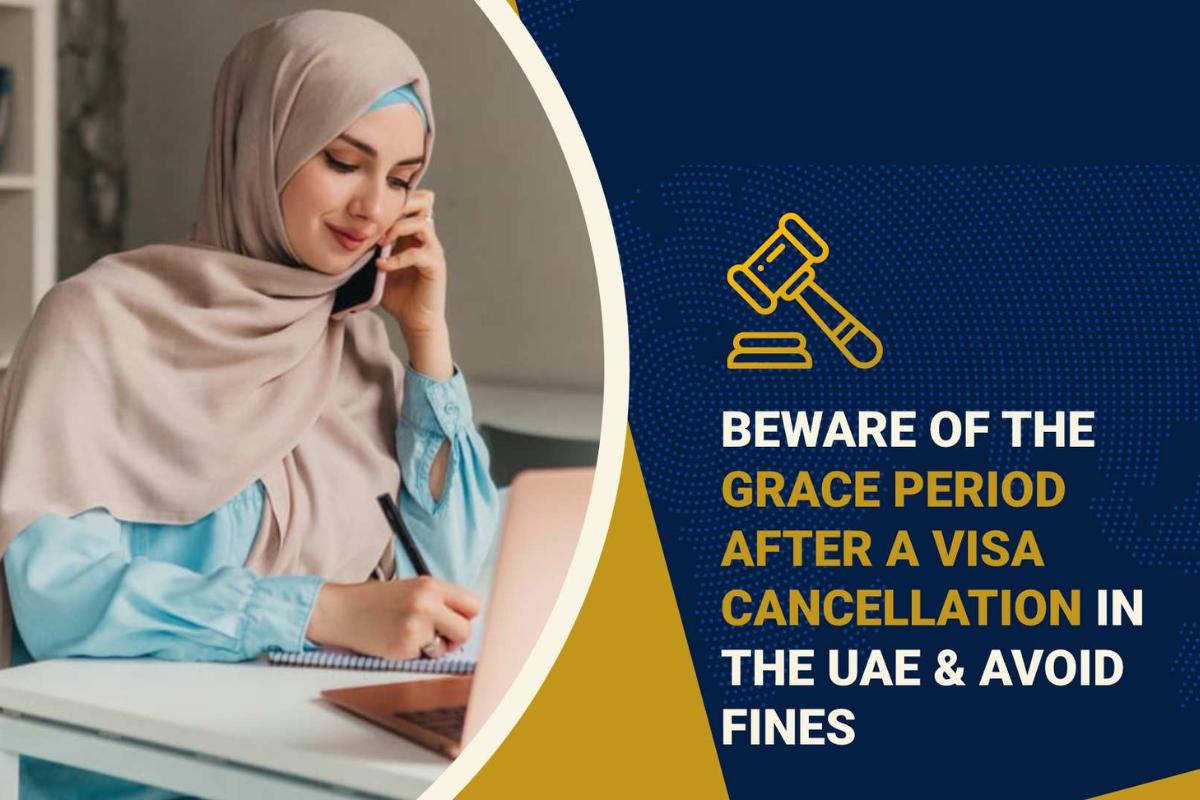 The UAE Extends the Grace Period After the Visa is Cancelled; How Many Months can you Stay Without a penalty

Dubai: Authorities have extended the offer to stay in the UAE after the residence visa was cancelled. For most visas, the offer period is 60 to 180 days. Previously it was 30 days. The new decision is that the rule in the UAE is that foreigners must leave the country or transfer to the new visa within the concession period after the visa expires.

With the new decision, there will be more time to leave the country and switch to a new visa after the visa is cancelled. Typing central agents and customer care agents under the federal authority for identification, citizenship, customs and port security confirmed that the extended offer period has already been in effect. They said their customers had begun to get such an extended offer.

180 Days Grace Period To whome?
The UAE has implemented reforms on entry and residency visas last month, and the decision to extend the concession period has come. Golden visa holders, green visa holders, family members of these two visa holders, widows, divorced, postgraduate students and talented professionals (listed in the Ministry of Human Resources and Emirates) have been granted 180 days of concession. Accordingly, foreigners can stay for 180 days after the visa expired without leaving the UAE and switching to another job.

According to the List of the Ministry of Human Resources and Emirates, a 90-day concession period will be given to professionals and property owners who are engaged in skilled businesses under Section III. Meanwhile, the offer period for other residency visas is 60 days. Officials said that even if the visas were any other than the previously mentioned types, they would have 30 days to leave the country or transfer to the new visas after their visas were canceled. In the meantime, when skilled workers receive a concession period of 180 days, those who depend on residency visas will only have a 60-year-old period.

Foreigners will get relief

It is estimated that the new decision will be a great relief for foreigners by extending the concession period. It provides for a person who has canceled a visa after losing enough time to find another new job for up to six months. In the meantime, it is unclear whether the visas will have an renewed offer period for those who have expired before this conclusion. The owners of the typewriter said they were expecting the direction of the ministry.

Radical changes in the visa system in the UAE

In the new Advanced Visa System implemented by the United Arab Emirates, the country’s visa laws have been radical changes so far. Several residency visas, including the Green Visa, have been implemented as part of the new reforms. Green visa holders, unlike the current two-year visa system, can fund their family for five years. Green visas are available to skilled workers, self-employed and individuals. Several changes have been made in the Visa Permissions. The validity of the previous 30-day attendance visas has been extended for 60 days. In addition, the authorities have implemented a five-year tourist visa that does not require a sponsor.