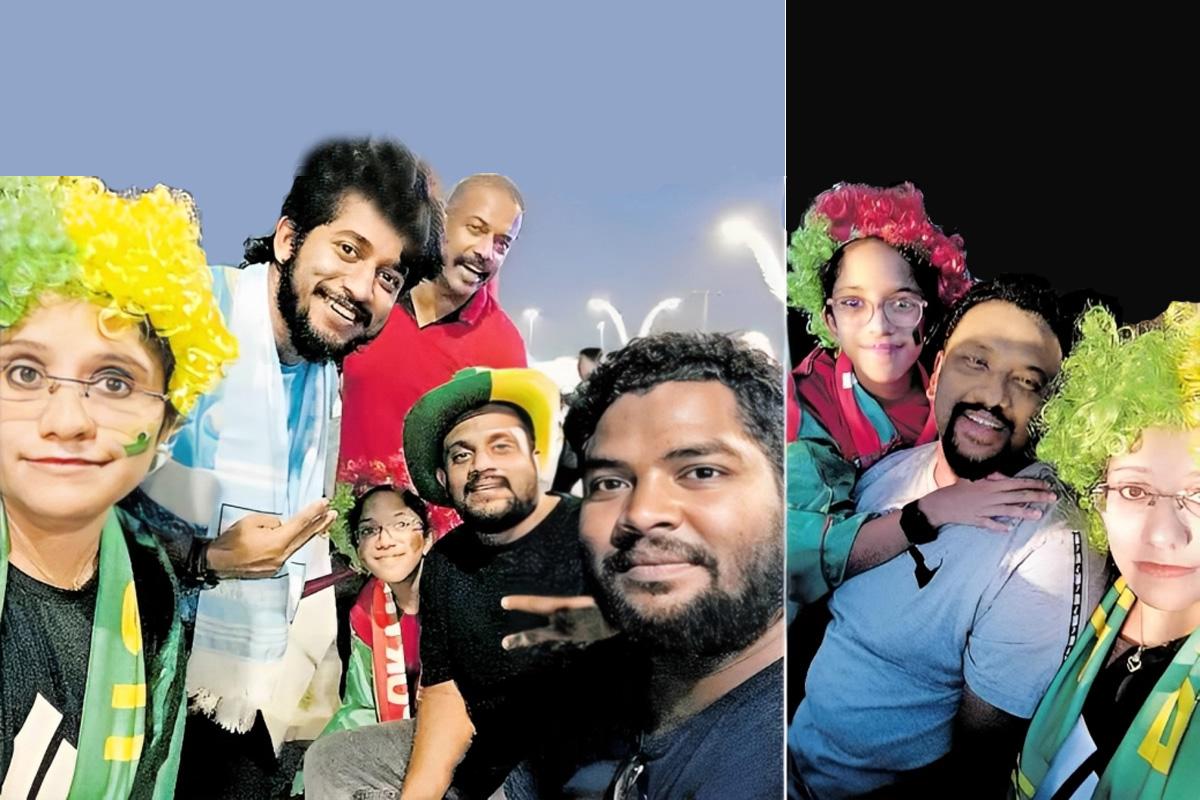 Doha: If a Netherland fan buys a jersey for a Portugal fan.  Although the incident was interesting, the only consolation for Rajesh Waryat, a native of Thrissur, who is also a die-hard fan of the Netherlands, is that father and daughter did not end up together.  Now not only daughter Tanishka, who is a big fan of Portugal, especially Cristiano Ronaldo, but also his wife Pooja, who is a fan of Brazil, could buy a jersey.

There are 7 people in Rajesh’s house including his wife, daughter and close relatives. Among the 7, Anian Ranish is a fan of Argentina. Close cousins ​​Shine England and Nitin Brazil.  Nikhil is also with him who changes teams every day.  Nikhil’s position is that whoever cheats is his team.  It is raining 24 hours a day in front of the dining table and in the living room

Pooja says that when everyone comes home after work, then it is a good and funny troll with each other every day.  Pooja and Nitin are fans of Brazil so they are ahead of the members.  Their confidence is that they will take the cup to Brazil.  Argentina’s fan Renish is confident that Messi will leave with the cup.

Tanishka is also fighting for Portugal.  Rajesh is fighting for the Netherlands as a troll battle with die-hard fans of big teams like Brazil, Argentina, England and Portugal.  Regardless of what anyone says, Rajesh is optimistic that the Netherlands will perform well or win the cup. Tanishka, a 6th grader, became an ardent fan of football by listening to football stories and news told by her father Rajesh since childhood.

When asked why she did not join the team of her father, who told her about football, Tanishka has only one answer that Cristiano Ronaldo is in the Portugal team. Rajesh is running his own business in Doha.  Wife Pooja Sidra is in admin department in medicine. As the days for the World Cup matches began to shorten, the usual ‘home match’ started at Rajesh’s house in Vakra, full of heated discussions and troll rains.

A Passionated & SEO Based Experienced Techncal & Blog Content Creator and Review Writer from Tirur , Kerala.
Previous This is Nabsha, Mother of 3 Children; World Cup Volunteer with Baby, Malayali Young Woman Who Achieved her Dreams!
Next Did You See the Cat Among the UAE Rulers? Has a Malayali Touch, How did it Reach the Palace