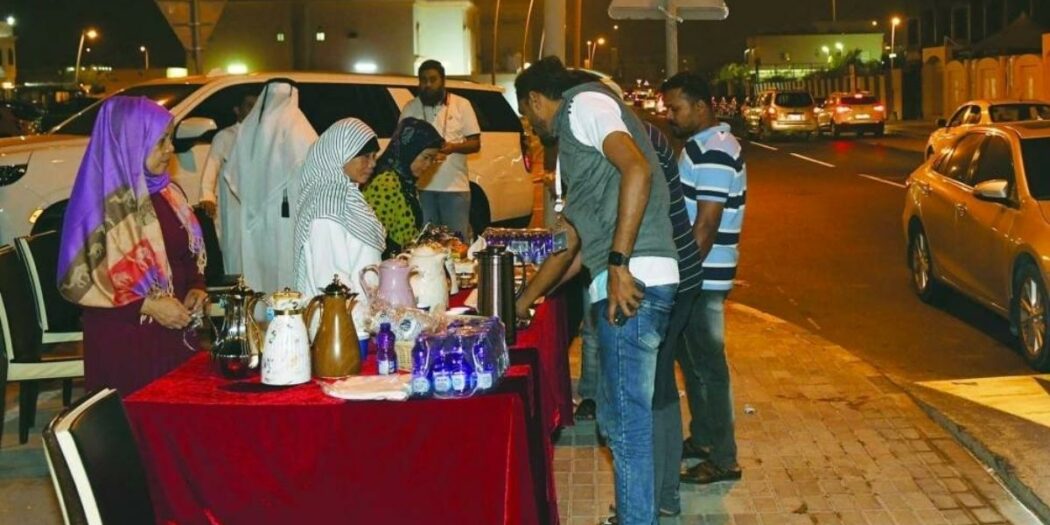 DOHA: Local families with food and drinks await World Cup fans as they take to the road from the heat of the match inside the Al Thumama Stadium late at night – a model of hospitality.  After the night match, they will be waiting in front of the house of most  families with a table full of Qatari delicacies until the last fan leaves the stadium.

From the day the World Cup started, food and drinks have been distributed to the fans in front of the house.  Special workers have also been assigned to take away food items.  Al Sulaithi will also be on hand to welcome fans for a meal.  Fans and guests can come here and fill their bellies till the end of the World Cup.  Drinking water, Arabic coffee, khahwa, milk tea.  Different flavors are served like dates, pancakes, sweets and desserts.

All are welcome to the country to enjoy Qatar’s hospitality.  Al-Sulaithi says that he wants foreigners to understand that Qataris welcome guests with an open mind.  Al Sulaithi has no qualms about keeping the fans waiting no matter how late the night game is.

Al Sulaithi said that most of the foreign fans prefer Arabic coffee.  Like Al sulaithi, there are many other  families who provide food and drink to fans.  These families are great examples of Qatar’s uncompromising tradition of hospitality.  Not only the World Cup, but also the locals have a habit of distributing Iftar food to the expatriates in the evenings during the fasting period of Ramadan.