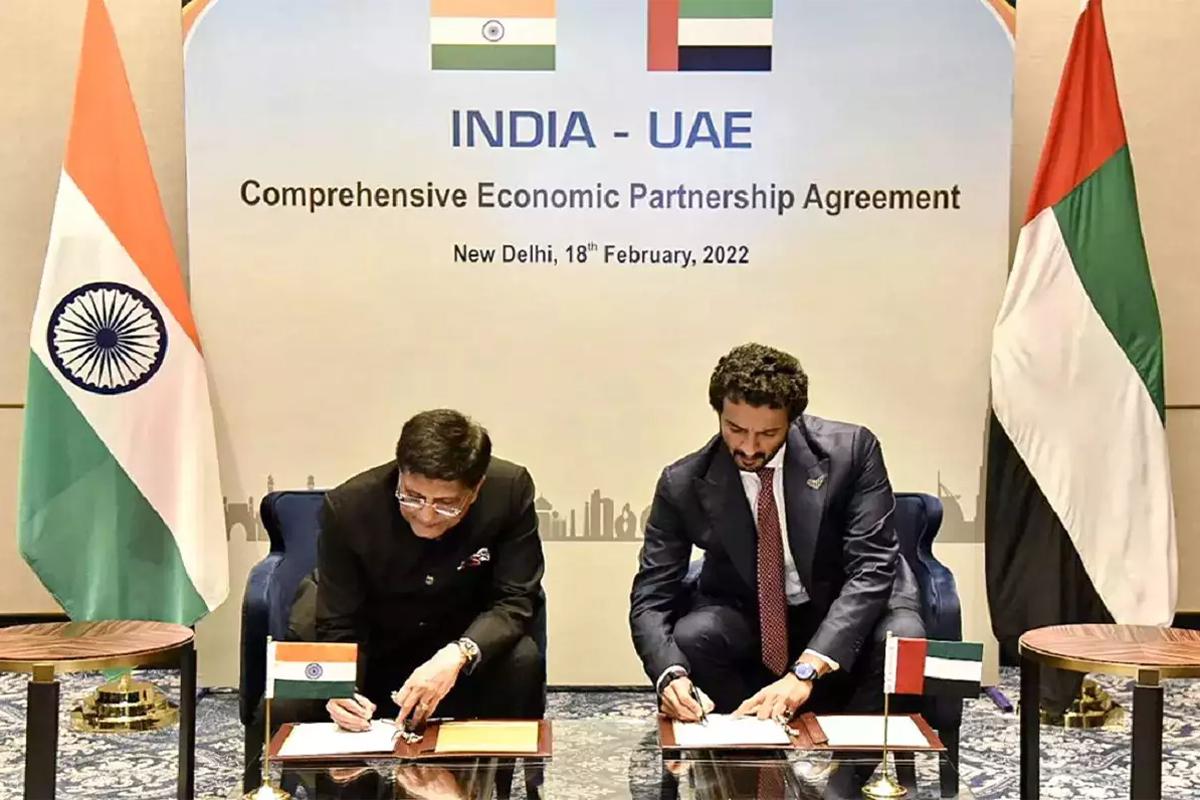 Delhi: UAE is aiming for a big jump in trade with India. The UAE expects trade with India to cross $100 billion in the next two to three years through the Comprehensive Economic Partnership Agreement recently signed between the two countries. India signed the Comprehensive Economic Partnership Agreement with the UAE on May 1, 2022.

After this, India-UAE trade is expected to rise to US$ 73 billion in FY2022. Between the financial year 2021-2022, the trade growth is 63 percent. This growth followed a decline in the previous two years.

The main factor is that the total value of non-oil trade in the first six months of 2022 has changed to $29.5 billion. In the same period of 2021, a growth of 22 percent was achieved. UAE Junior Minister of Foreign Trade, Thani Bin Ahmed Al-Zayoudi, said at the India-UAE Economic Forum that non-oil exports increased by 31 percent and reached a total value of $2.7 billion between May and June.

Although we have set a five-year deadline to take UAE-India bilateral trade from the current level to $100 billion, we are confident that this target will be achieved much earlier due to the rapid progress since the signing of the trade agreement, said Thani Bin Ahmed Al-Zayoudi.

Oil still dominates trade between the two countries.  This is 62 percent of the total trade value, the minister said, while now non-oil trade is only 38 percent.  But there will be a complete change in the trade agreement.

He said that while the non-oil trade balance is still in India’s favor, India has a trade deficit of $17 billion in FY2222 due to huge oil imports.

In the first half of 2022, bilateral non-oil trade is projected to grow 22 percent to $29.5 billion. The UAE minister claimed that the UAE’s investment in India is over US$ 20 billion, of which US$ 14.4 billion is FDI, making the UAE India’s eighth largest source of FDI.

FDI from UAE to India during April-June this year was $2.14 billion.  He also said that the UAE is ready to invest in West Coast Refinery, which is currently stalled. Meanwhile, following the trade deal, total exports from the country to the UAE increased by 16 percent to $10.46 billion from May to August, from $9 billion to $10.46 billion, said Sreekar Reddy, joint secretary in the Ministry of Commerce.

A Passionated & SEO Based Experienced Techncal & Blog Content Creator and Review Writer from Tirur , Kerala.
Previous Chief Minister will not go to Kerala Soon;  Foreign Travel Extended
Next Lost Job in UAE: Don’t Worry, Get up to Rs 45000 per Month, Know the New Scheme