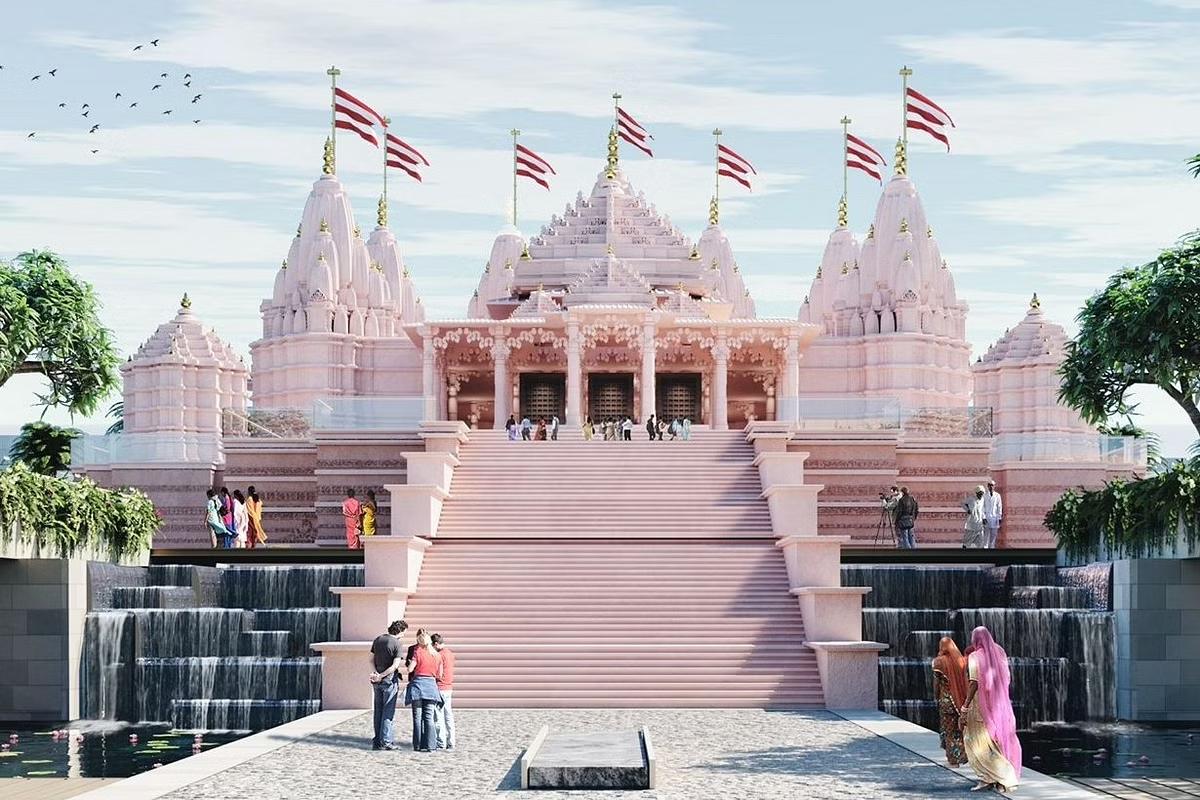 Hindu Temple In UAE; The First Pillar Is Up And Laid By UAE Ministers

Thousands of devotees participated in the ceremony.  Construction of the UAE’s first traditional Hindu temple is currently underway and is likely to be completed by 2023.  The temple is being built in Abu Dhabi for 45 crore dirhams (roughly Rs 888 crore) in the name of Akshara Purushotham Swaminarayan Sanstha, a resident of Bochasan.

The temple is situated on 27 acres in Abu Muraikha, Abu Dhabi.  Abu Dhabi Baps Hindu Mandir Project Engineer Ashok Kondetty informed that the foundation construction is in the final stage.  The foundation is built at a height of 4.5 meters from the floor.

The temple has seven huge towers representing the seven emirates of the UAE.  Sheikh Mohammed bin Zayed Al Nahyan, Crown Prince of Abu Dhabi and Deputy Commander in Chief of the UAE, had given 20,000 square meters of land to build the temple.

The UAE government announced this in 2015 when Prime Minister Narendra Modi came on a two-day visit.  During his visit to Dubai in 2018, Prime Minister Modi laid the foundation stone of the temple through video conferencing from the Opera House there.

In another video released in January, artisans explained how they fashion the amazing stone pillars.  The temple will have seven gopurams and five domes.  The complex will have a meeting center, prayer hall, library, classroom, community center, halls, amphitheater, playground, gardens, shops, food courts, and other facilities.

A Passionated & SEO Based Experienced Techncal & Blog Content Creator and Review Writer from Tirur , Kerala.
Previous Sohar To Abu Dhabi… UAE Is Getting Closer To Oman!!  New Railway To Save 53 Minutes
Next UAE-Oman Signed Many Cooperation Agreements