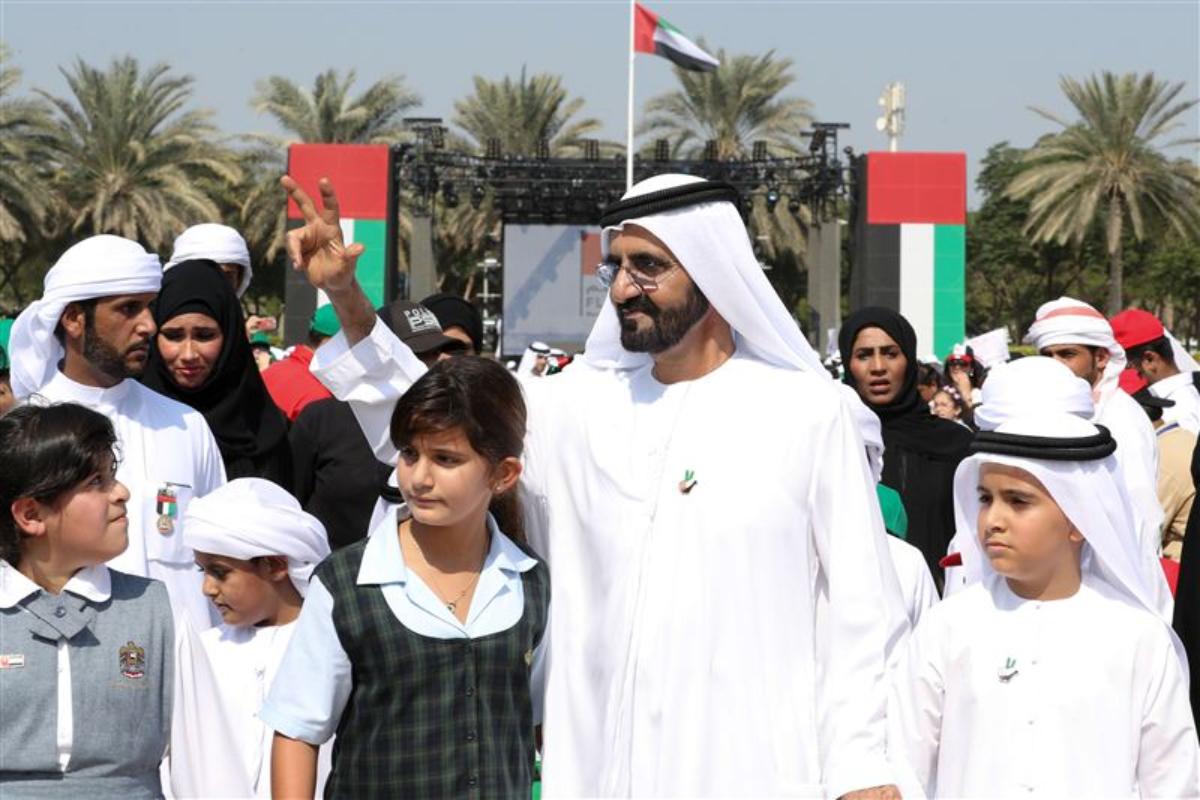 Police Commander in Chief Lieutenant General Abdullah Khalifa Al Marri hoisted the flag at the Police Headquarters on the occasion of National Flag Day.  Senior officers of police, general directors, employees and others participated in the function.  Al Marri raised the flag to the accompaniment of the National Anthem led by various police officers and Hemaya students.

Flag Day is celebrated as a tribute to the leadership that has brought the UAE to global prominence.  True citizenship is to protect the motherland.  He said that the national flag will be hoisted as a symbol of the country’s sovereignty.

National Flag Day was celebrated with colorful programs at Flag Island in Sharjah.  The main attraction of the program was the air show organized by the Air Force.  The Military Band Academy of Police Sciences also participated in the Flag Day celebrations and sang the National Anthem.  Sheikh Salim bin Abdulrahman Al Qasimi, Chairman of the Office of the Ruler of Sharjah, and many government officials participated in the celebration.

“Flag Day celebrations strengthen unity and coexistence among the citizens and residents of the country.  “Flag Day is celebrated to commemorate the founding rulers of the UAE and to celebrate great achievements,” said Khalid Al Midfa, Chairman of the Sharjah National Day Celebration Committee.

A Passionated & SEO Based Experienced Techncal & Blog Content Creator and Review Writer from Tirur , Kerala.
Previous Beneficial for non-residents… Insurance amount to be borne by the sponsor; Dubai with change
Next UAE is again in the Spirit of the World Cup after winning the hearts of the audience