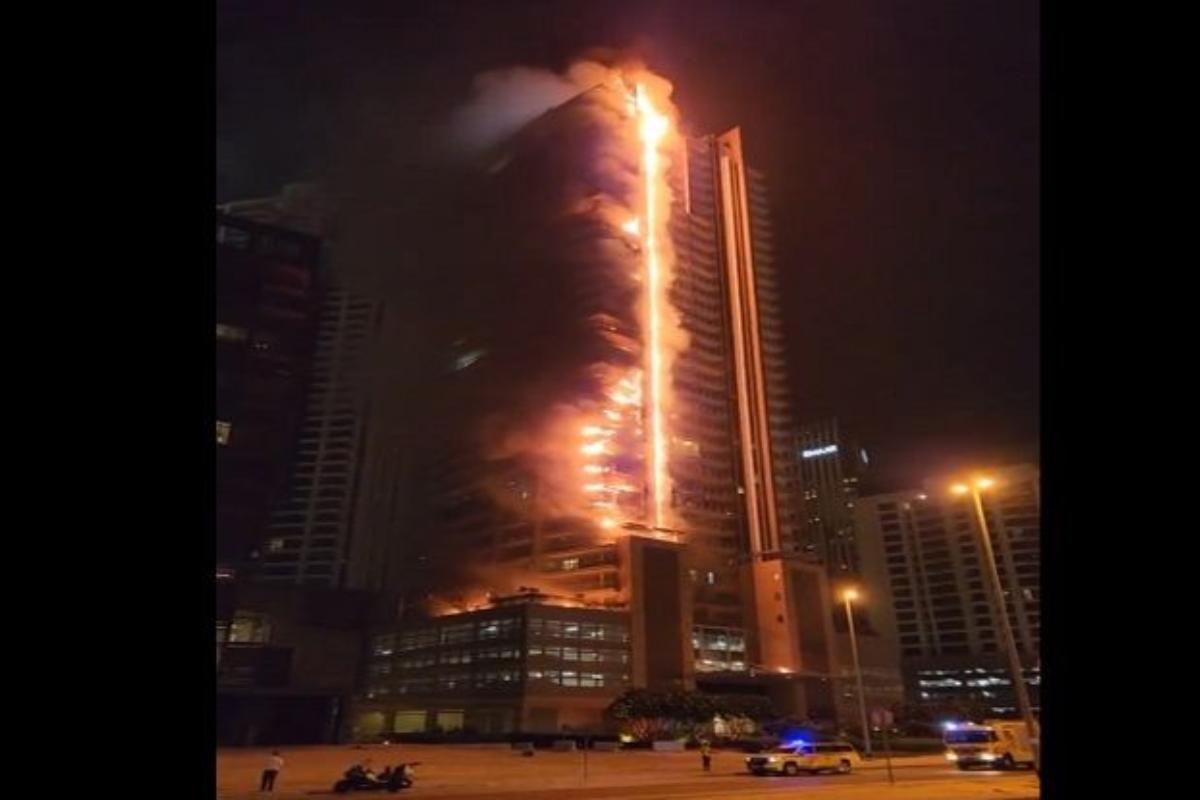 Fire breaks out in huge building near Burj Khalifa; Regulated

Dubai: A huge fire broke out in a building near Burj Khalifa.  News agencies say no casualties have been reported yet.  A fire broke out in one of the high-rise buildings in downtown Dubai on Monday morning.  No further details were available about the fire at the apartment building.

News agency PTI reports that by the time the Associated Press journalist reached the spot after learning about the incident, the fire had been extinguished.  Pictures have emerged of the fire damage to the building, which is part of the Emaar 8 Boulevard Walk towers by the emirate’s government-backed developer.

The fire broke out in a 35-story building in Dubai, near the Burj Khalifa, the world’s tallest building.  Meanwhile, Dubai Police and Civil Defense have not given any confirmation about the fire.  Emirates officials have not commented on the incident.

A fire broke out on New Year’s Eve 2015 at the Address Downtown, one of Dubai’s most high-end hotels and residences near the Burj Khalifa.  After this, questions were raised about the safety of fire fighting equipment and other materials used in the country.

In 2013, the UAE revised its building safety code to require fire protection measures in all new buildings over 15 meters (50 feet) in height.  But old buildings are exempted from this.  In August 2016, a fire broke out at a 28-storey building under construction in the UAE capital, Abu Dhabi, injuring 13 people, including 10 emergency service personnel.

Earlier in the same month, a part of a high-rise building under construction in Dubai caught fire.  In July 2016, there was a fire at the residential 75-storey Zulafa Tower in Dubai.

A Passionated & SEO Based Experienced Techncal & Blog Content Creator and Review Writer from Tirur , Kerala.
Previous Good News for Expatriates; UAE withdraws Covid Restrictions
Next As a non Residence, Do you have 33 dirhams to spare every day