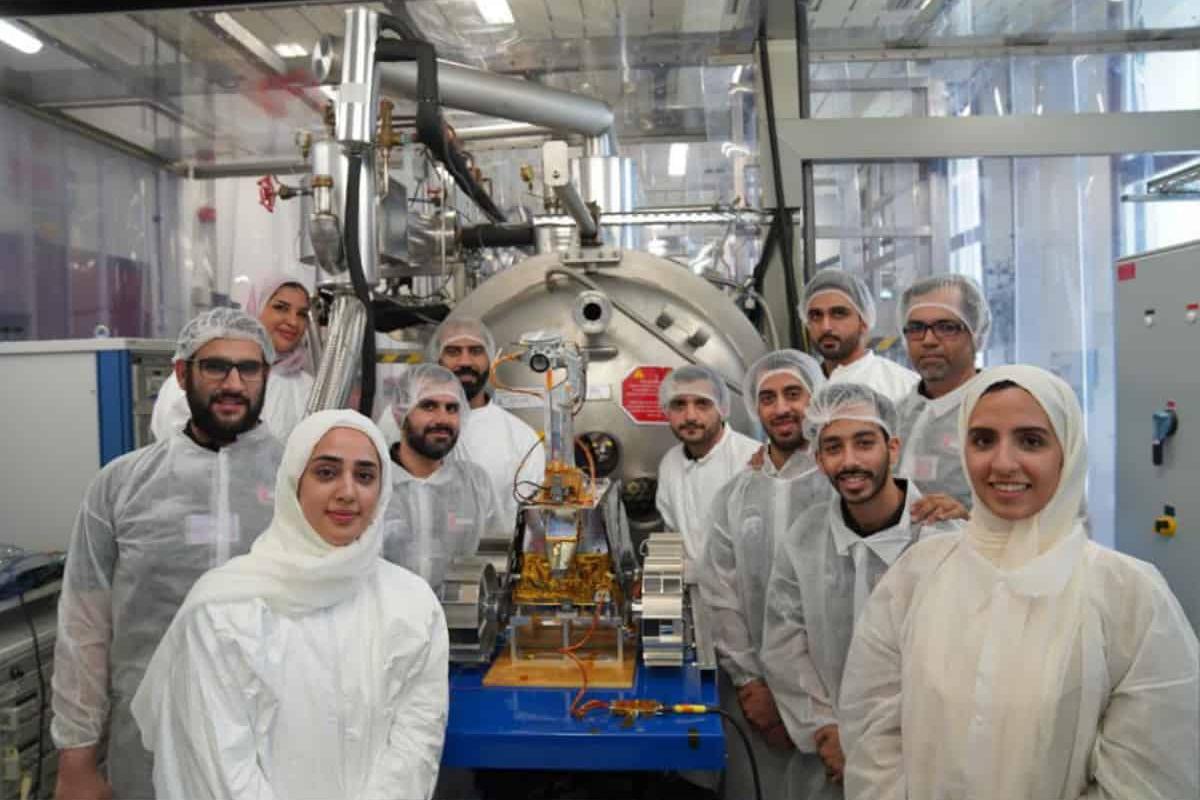 The rover is expected to launch from the Kennedy Space Center in Florida between November 9 and November 15.

Emirates Lunar Exploration Project Director Dr.  Hamad Al Marzooqi said.  “The integration process between the rover and the launch vehicle is ready for the final step ahead of the long-awaited launch.  The mission’s science and technology will help us address important questions about the Moon’s geological and surface science.

“Congratulations to the mission team who worked tirelessly to prepare the Rashid rover for launch,” the lunar mission will create a new scientific reality for Emiratis and pave the way for more space exploration missions by MBRSC.  “This mission demonstrates the country’s spirit of innovation and scientific advancement and contributes to global space science research and exploration,” MBRSC Director General Salem Almari said.

The primary objective of the Rashid rover mission is to study the lunar plasma and provide answers about lunar dust, the lunar surface, the dynamics of the lunar surface, and how different surfaces interact with lunar particles.  The 10-kilogram rover carries two high-resolution cameras, a microscopic camera, a thermal imaging camera, a probe, and other instruments.

The National reported last month, quoting mission manager Hamad Hal Marzooqi, that the rover was docked with the lander and ready for launch.  The lunar mission is part of the UAE’s broader strategy for a dominant position in space exploration.  If the mission succeeds, the UAE and Japan will join the list of countries that have landed a spacecraft on the lunar surface, along with the US, Russia and China.

It is only recently that the UAE has become actively involved in the space sector.  Currently, the UAE satellite is in orbit studying the Martian atmosphere.  The probe was launched in February 2021 in collaboration with Japan’s Mitsubishi Heavy Industries.

A Passionated & SEO Based Experienced Techncal & Blog Content Creator and Review Writer from Tirur , Kerala.
Previous The Minister of State for External Affairs may not know this; Chief Minister’s visit to UAE with permission
Next 5 Ways Families can Travel Wisely with Emirates During Medieval Holidays