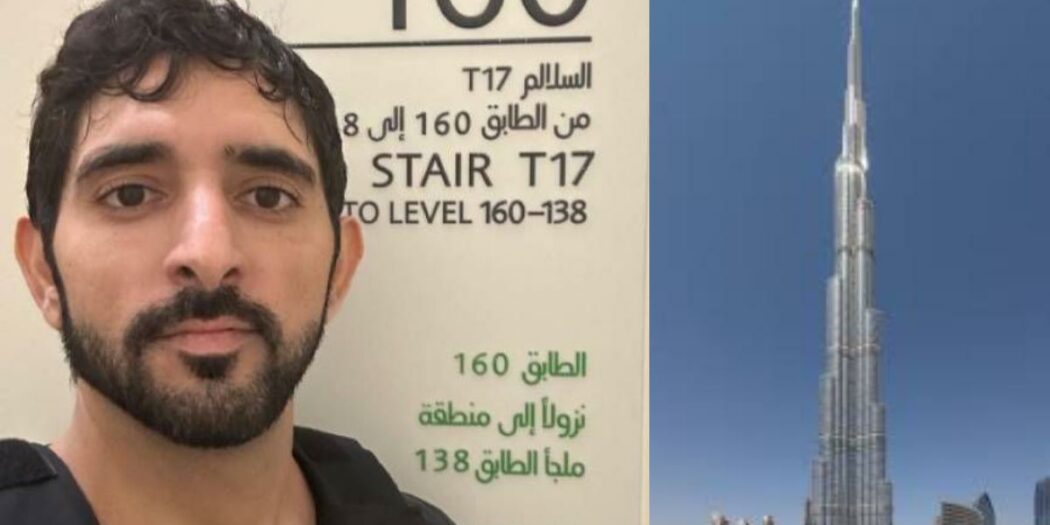 Dubai: The Prince of Dubai walked around 160 floors of Burj Khalifa, the tallest building in the world.  Dubai’s Crown Prince Sheikh Hamdan bin Mohammed bin Rashid Al Maktoum walked up the stairs of the 160-storey building in just 37 minutes and 38 seconds.  He himself announced this through social media with the caption Burj Khalifa Challenge.

In a post shared on Instagram, he said that he lost 710 calories through his adventurous sports activity.  He also shared a video of the preparations done by the 10-member team on social media.  This is not the first time that the Dubai prince is involved in such adventures.

Burj Khalifa is the tallest building in the world.  Inaugurated on January 4, 2010, this 160-storey tower can be seen from a distance of 95 km.  At 828 meters tall, it is the tallest man-made structure ever built.  Its construction started on 21 September 2004.  It took six years to complete the construction.

South Korean company Samsung is the main contractor for the construction works.  The experience of building two other important skyscrapers in the world, Taipei 101 and the Twin Towers in Malaysia, brought Samsung to this position.